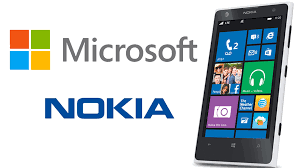 As I’ve said numerous times the past few years, Poor Nokia! First they lose marketshare due to their pig-headedness in refusing to move with the times. Slow, buggy software in bright, attractive cases and exhorbitantly over-priced. They never learned, much to their regret (?). Then to have a fox-wearing-sheepskin CEO directly from Microsoft, who finished the mercy killing and Microsoft was there to pat him on the head and ‘rescue’ poor, ailing Nokia-promising to never harm the company. A few years later and a new Microsoft CEO, Satya Nadella:

Microsoft is in the midst of a transition led by new CEO Satya Nadella, who announced plans last week to cut 18,000 jobs within the next year, or about 14% of the company. Most of those layoffs — about 12,500 — will come from Nokia. In a memo to Microsoft staff, Nadella said that Microsoft found many redundancies between the two companies, including both professional and factory workers. http://money.cnn.com/2014/07/22/technology/microsoft-nokia/index.html

I think three people in Sitka, Alaska were shocked.

As you well know, I’ve always been a Nokia Fanboi and now I’m mourning the once-great Nokia.  I have read that some former employees started their own company, so if anyone knows, let us all know in the comments. One of Nokia’s future projects that had me frothing at the mouth was the Morph, seen here: