Can a person hoard technology? Yes.

My electronic gadgets numbered seven, four of which were old and no longer useful. I’m a writer and use computers and technology in my daily life. I was using an old TC1100 from 1996 (still boots up but is slow on Win XP) as my workhorse five years ago. My next computer was an Asus Eee Pad Transformer TF101, detachable keyboard. The Honeycomb OS was dreadful, much of the hardware didn’t work but an upgrade to KitKat OS remedied those failures, but slowed down the computer. I wrote many articles, cookbooks and another novel over the five years until the tablet just became too slow, rebooted, mistyped. A friend bought me a Dell Inspiron 15 3542 with Win 10, it has plusses and minuses, but overall, it’s been a good workhorse the past six to nine months or so.

Another friend gave me an old Kindle Fire 2nd Generation and I loved it as an ereader, checking email, calendar, watching movies. It began slowing down, having Jellybean OS, after a few years. When Amazon came out with the Kindle Fire HD 8, I ‘splurged’ for the $165 and bought one. This Fire is an amazing device, it’s more a lightweight computer than ereader. The downside, the wifi has stopped connecting to home wifi; none of the tips and tricks fix the issue. This is a known problem with Amazon and the HD 8 is no longer sold.

Other devices I have are a Texas Instruments TI85+ calculator that I bought when I was in a coding program (that I quickly left. Five math classes? In Hell.) The calculator is great, but I’m not going to ever use it. I also saved for months and bought myself a Samsung Galaxy Gear S smartwatch months after my Samsung Galaxy Note 4 Edge. I use both daily for communication-email, IM, text and health. I’m considering trading the Note 4 for a Note 7. 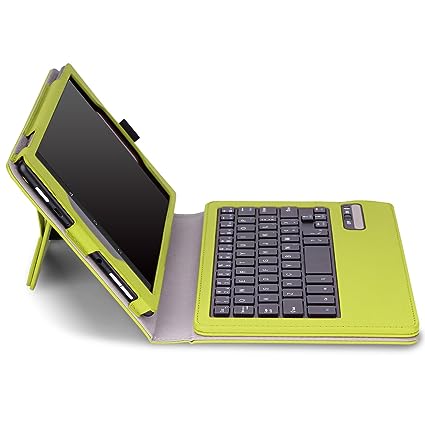 So I decided to downsize by using Amazon’s Trade-In Program. I’m trading in the Transformer TF101, the old Kindle Fire 2nd Gen and the TI85+ for credit.  I would have traded the HD 8 but Amazon didn’t even want it back.  This will leave me with the 15″ Dell workhorse for home, the Kindle Fire HD 8-that I bought a keyboard case to use as a café writer’s tool and my two Samsung products. I know the Fire HD 8 isn’t going to last much longer, and I’ve had my eye on another Asus, the Transformer Book T100HA, which is an entry level Win 10 tablet/notebook with great specs. I don’t play resource-heavy games or apps, so this a fantastic lightweight computer for writers will replace the kindle.