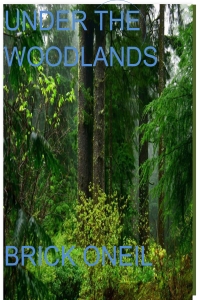 Week one of the Smashwords July Free Event is over and I’ve discovered some stats on my book giveaway (https://www.smashwords.com/profile/view/BrickONeil).

My fifteen books cover about seven genres and there are some clear favorites. The reasons may be the political climate, romantic fantasies or just plain boredom. I don’t know, there aren’t reviews, so I’m guessing. The clear favorite genre is romance! Even though they are gay, male-male romance books, people are downloading my three gay books-Country Tried Chicken the gay cozy, Blue Moor the gay paranormal witch-wolf and Never Trust The Moon the gay paranormal vampire-wolf. Down the list is everything else–noir, cookbooks, kids, mythology, short stories.

Country Tried Chicken, I wrote on a lark over three days. I was sitting around and the characters popped up in my imagination. The storyline was enjoyable (IMHO) so I ran with it, writing 14-16 hours each day for three days. The cover was created in a few hours and uploaded to Smashwords. There was an immediate popularity over on Amazon, much to my amazement, then on Smashwords. I’m not on KDP Select so I was surprised readers even found it on Amazon!

Blue Moor came to me after I holed myself up and read about thirty or fourty vampire and witch books over a few weeks period. There was a sequence of dreams over a few days that stuck with me. Viola! Blue Moor was written over a week’s period after the dreams. The writing was so enjoyable and the characters were so expressive, I had to get them down. Apparantly, readers enjoy the book as well, so thank you all!

Ah, Never Trust The Moon was the paranormal vampire-wolf book I swore I would never write. I enjoyed reading the genres myself (I’ve previously posted about them in reviews and other posts/social media). I really didn’t want to write a vampire or wolf novel myself but the characters kept nudging my consciousness all the time, until I wrote them down. Then the storyline came to me. And people kept downloading the book. So, this is for all you paranormal vampire-wolf lovers!

These three books may get sequels if there are enough positive reviews and requests for them. Until then, I”m still working on my beloved Rose Petal Wine Murder Mystery Series in between health issues that keep popping up.