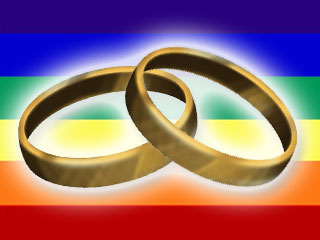 Never thought I would see A Supreme Court of the U.S. give gays and lesbians equality with straight Americans.  Never did I imagine that 13 states would grant gays and lesbians the legal right so freely given to a majority of Americans.  Never did I think I would live to see gay and lesbian married couples granted the same federal rights, laws and responsibilities.  The United States has come so far in my 44 years on this earth. I am so glad I am alive to witness this historic and life-changing event!

Growing up in the rural midwest, religious right, christian conservative narrow-mindedness was excruciatingly horrific. Heterosexuals would routinely put down gays and lesbians, loudly and proudly proclaim they would shoot-to-kill one if they saw one.  From the pulpit one would hear of the hellfire and damnation awaiting gays and lesbians, that we were of Satan and demons on Earth, that no God of theirs in heaven would surely love or approve us.

How far we have come as a society!  Sure, those people exist, but their domain is exponentially shrinking.  Gay Marriage is legal in 13 states, a majority of Americans (55%) don’t see anything wrong with gays and lesbians.  More and more states are  passing laws giving protection in  housing, employment, barring discrimination of any kind against gays and lesbians.

What a wonderful time to be alive!

Supreme Court of the United States has struck down the Defense of Marriage Act:

In a pair of landmark decisions, the Supreme Court on Wednesday struck down the 1996 law blocking federal recognition of gay marriage, and it allowed gay marriage to resume in California by declining to decide a separate case.

The court invalidated the Defense of Marriage Act, which denied federal benefits to gay couples who are legally married in their states, including Social Security survivor benefits, immigration rights and family leave.

Justice Anthony Kennedy, writing for the majority in a 5-4 decision, said that the law violated the Fifth Amendment’s protection of equal liberty.

“DOMA’s principal effect is to identify a subset of state-sanctioned marriages and make them unequal,” he wrote.

In the second case, the court said that it could not rule on a challenge to Proposition 8, a ban on gay marriage in California passed by voters there in 2008. The court did not rule on the constitutionality of gay marriage, but the effect of the decision will be to allow same-sex marriage to resume there.

That decision was also 5-4, written by Chief Justice John Roberts.

One thought on “Happy Humpday: Historic Decision for Equality”