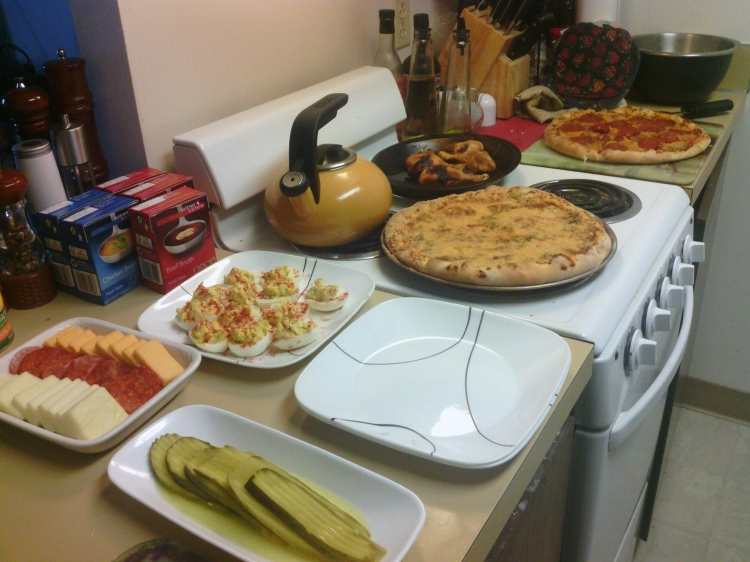 Usually I only watch the big games in televised sports events, not having the fervor to watch basketball, football, hockey, etc all year long. This year, my adopted home town-Seattle-was in the big daddy football game. THE SUPERBOWL! Above is the buffet I put out–dill slices, meat and cheese plate, deviled eggs, cheese pizza, oyster sauce-honey drumsticks and pepperoni pizza!

Man, was that an exciting game!  All those touchdowns! Man, the Seahawks were just blocking each and every attempt by the Broncos to score anything in the first half.  They did play a good game and Manning did a good job calling the shots. I know I wouldn’t get out in a field of 200+ pound gorillas ten years younger than me! But he’s had the training and experience.

I was even cheering for the Touchdowns, but having severe hearing and speech discrimination loss, I could not hear the Seattle Space Needle shooting off the cannon/fireworks but my husband told me each time the “BOOM” came!

Speaking of BOOM, feel awful that Richard Sherman had to leave the game due to the ankle injury but Russell Wilson stole the show winning the game for the Seahawks! 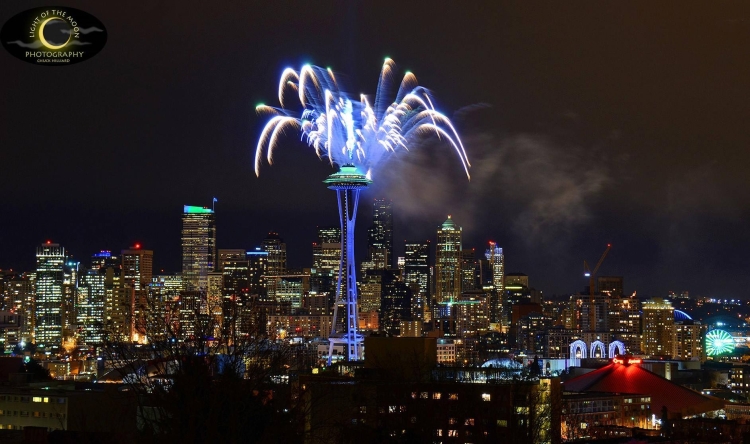 This game-winning picture from Chuck Hillard photography (his business, I believe, named Light of the Moon Phogotraphy) showcases Seattle’s spirit in winning their first ever superbowl!