Just found out I’ve got Upper Extremity DVT and not a candidate for any form of treatment.  Wish me luck!

Here’s some history and explanation: 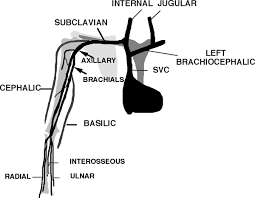 What are the symptoms of DVT?

DVT most commonly occurs in just one leg or one arm. Not everyone with DVT will experience symptoms, although when present, they may include: