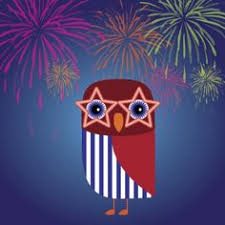 With so much to be thankful for, I”m wishing you a safe Independence Day.  Enjoy your grilled hotdogs (well done, please, with sauerkraut and mustard), hamburgers (medium extra pickles), cold salads of every kind. Play some volleyball, lawn darts, croquet, hide & seek. Put on some sunscreen, wear your hats, stay in the shade. Dance, party and shake your groove.

But remember why we celebrate. Originally we celebrated our Independence from Great Britain, unfair taxation, freedom from religion. Then we celebrated the North’s victory over the South’s wanting to continue slavery. America has celebrated many wars, both home and abroad. She has had her Constitution battered, bruised and mishandled. But She continues on.

Wars are being fought within America’s own borders or Ideals long since gone. Her men, women and children disagreeing on what it means to be American, what Ideals to believe and what Values to honor. Ideals are ethics and defined as a standard of perfection or a principle to be aimed at. Your values are the things that you believe are important in the way you live and work. As a Nation, our Ideals and Values should be protect all citizens from harm, provide the ability to pursue happiness.

“We the People of the United States, in Order to form a more perfect Union, establish Justice, ensure domestic Tranquility, provide for the common defence, promote the general Welfare, and secure the Blessings of Liberty to ourselves and our Posterity, do ordain and establish this Constitution for the United States of America.” — Preamble to the Constitution

America has made great strides recently: provided Marriage Equality under the [Constitution based] law for Gays and Lesbians, struck down Equal Housing bans, Upheld Healthcare laws for everyone, banned the very symbol for division and hate, the confederate flag. There is still much more work to do for Gay and Lesbian Equality-housing, employment anti-discrimination laws need to be enacted.

But America and her people have much to celebrate this Independence Day.